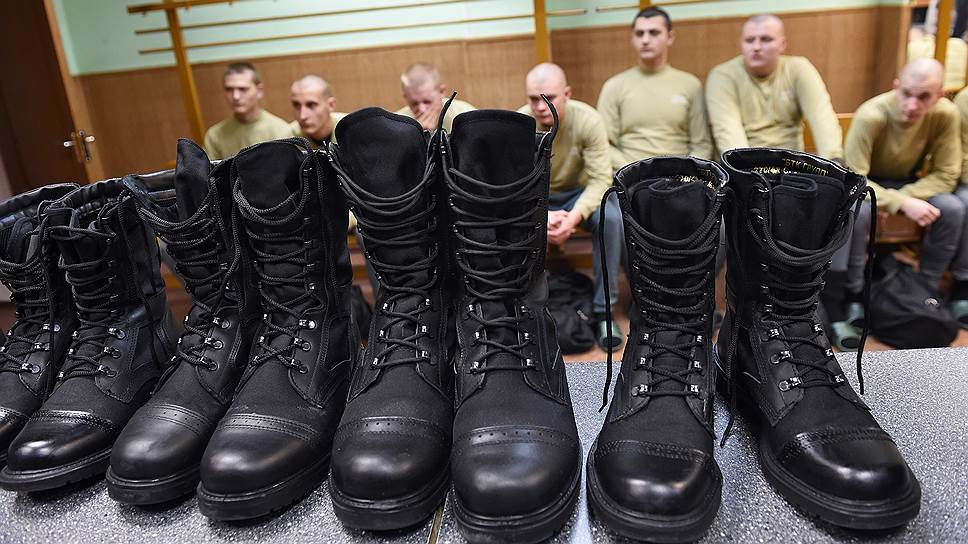 The European court of human rights (ECHR) received a complaint from a conscript Igor Suvorov, who was deprived of the right to refuse military service and brought to criminal responsibility. This is the first such appeal from pacifist from Russia, whom the military registration and enlistment office and courts considered draft evader, annulling the earlier granted right to Alternative Civilian Service. Applicant insists that the Russian authorities in his case violated two articles of the European Convention – the right to a fair trial, and the right to freedom of thought, conscience and religion.

Human right organizations “Grajdanin i armiya” and “Soldiers’ Mothers of Saint-Petersburg” prepared the complaint of Igor Suvorov at the ECHR, not having achieved the annulment of the sentence to the pacifist in the Krasnodar Regional Court, to which the Gulkevichi district court awarded a fine of twenty thousand rubles by part 1 of article 328 of the Criminal Code for evading military service. The military registration and enlistment office for the first time since introduction of the Alternative Civilian Service in Russia first provided to Mister Suvorov this right, and then annulled, considering the conscript a draft evader.

The applicant complains that the Russian authorities violated Article 9 (freedom of thought, conscience and religion) and Article 6 (right to a fair trial) of the European Convention on Human Rights. In article 9 states that “Freedom to manifest one’s religion or beliefs shall be subject only to such limitations as are prescribed by law and are necessary in a democratic society”. Criminal prosecution of Igor Suvorov, who never refused Alternative Civilian Service, and asked the authorities to give him that opportunity was not “necessary,” the applicant insists.

According to the complaint, the enlistment commission unanimously agreed to provide “opportunity to perform military service without weapons” to the conscript. But after that “for unknown reasons, a military commissioner began recruiting the applicant into the armed forces although he was known for certain that he was a pacifist”.

Employees of the military enlistment office handed him several summonses for conscription events “for military service”, and after refusing to appear on them, the military commissioner annulled the applicant's right to Alternative Civilian Service (according to the law, this entails conscription), after which he was accused of evading conscription. The prosecutor's office considered the failure to appear on the "military" summons “direct criminal intent”, Gulkevichi district court of Krasnodar region and the regional court agreed with this. After that, Igor Suvorov appealed to the Presidium of the regional court and to the ECHR. The appeal states that he "was not the subject of a crime" since he didn’t evasion from Alternative Civil Service, and he was not subject of conscription, herewith the conclusions of the courts were made in violation of the criminal procedure law. “As a result, the applicant not only failed to pass alternative civilian service, but was also forced to pay a fine”, his representatives write to Strasbourg.

The appeal emphasizes that “the demonstrated bias of the court caused a wide public response after the publication of the transcript of the court hearing”. The scandalous document contains statements by the judge of the Gulkevichi court, Yuri Ermakov, which, in the opinion of the defense, testified to the violation by the judge of the Convention. The public replicas of the judge clearly demonstrated that the court considered the applicant guilty. Such statements “statements objectively substantiate the doubts of the accused in the impartiality of the judge” the applicant refers to the practice of the ECHR. Strasbourg’s judges are invited to familiarize themselves with the style of holding hearings in a Russian court, in particular, such statements by Judge Yermakov: “You did not defend the right. You just took the stand”, “Maybe I will send you a retinue, so that your highness will serve in the army?”, “Or what?

Don't you take too much on yourself? Don't you want anything else?” The applicant considers disparaging statement of the judge about Alternative Civilian Service and his arguments about the importance of military service “Our army is powerful enough today, to put the whole world on all fours” and “if you can't protect yourself, then you should know, that tomorrow you’ll be to clean shit for the Americans, NATO, and China”, and “then you won't claim these rights, as in the military registration and enlistment office” violation of the Convention.

The complaint also states that the judge offended the applicant’s lawyer Arseny Levinson: “What are your comments? So, stand up! Once again you will be rude to me, from here you will go for 15 days, do you understand? Sit down. Stand up, sit down, did you say, enough. Telling me comments, sucker. Put your phone away, I say, put your phone away. Maybe should I call the bailiffs? Take your phone out of here. I forbid to record. Ask me for permission.” The complaint also speaks about threats to the defense counsel and father of the defendant.

We will note that the representatives of the conscript did not have time to achieve bringing the judge to disciplinary responsibility: He soon resigned and received an honorable honorable retirement. And the higher regional court, leaving the sentence in force, indicated that Judge Yermakov had examined the case while “maintaining objectivity and impartiality.”

“This is the first complaint to the ECHR from a conscript, who was denied the right to refuse military service for reasons of conscience (i.e. right to Alternative Civil Service)”, said the representative of the applicant lawyer Alexander Peredruk. He considers the question fundamentally important: is it permissible from the point of view of the convention or violates the right to freedom of conscience or religion? Also, before the ECHR, there is an extremely rare question in his practice, Is the conduct of Judge Yermakov consistent with the Convention or his statements themselves testify to bias, albeit in the absence of other evidence, says Mr. Peredruk. “Usually, the judge’s personal impartiality should be presumed only in the absence of evidence. Therefore, in the case of Suvorov, it will be very interesting to follow the position of the ECHR”, - the lawyer noted.