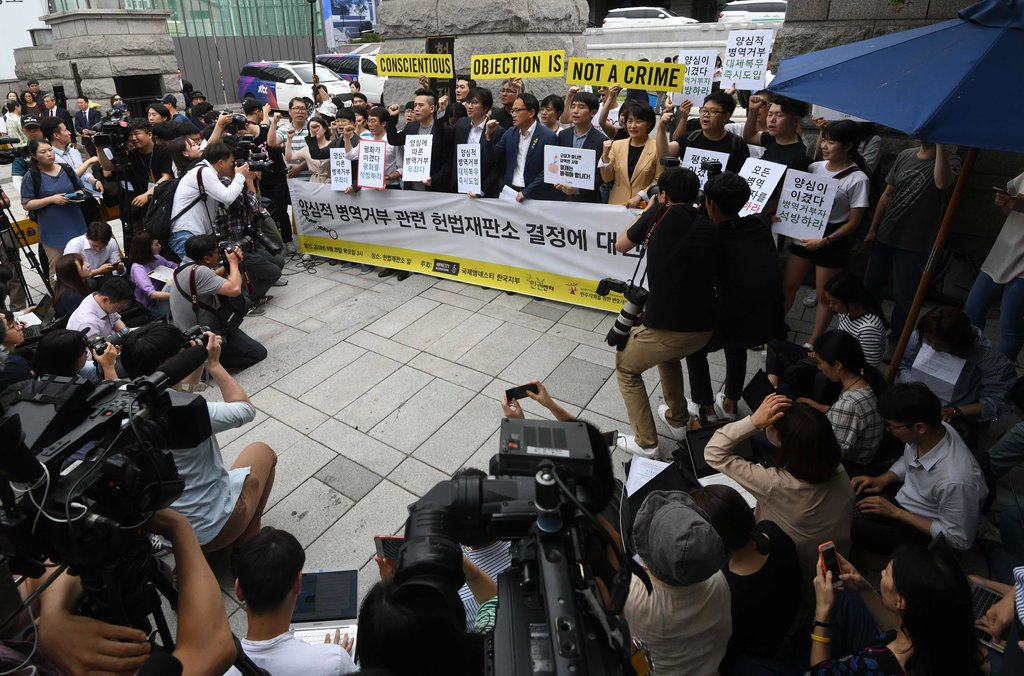 A government panel proposed Thursday that conscientious objectors fulfill their mandatory military service obligation through alternative forms of service, such as work at fire stations or prisons for a period of 27 months or 36 months.

The government has been working on alternative options since the Constitutional Court ordered the revision of the military conscription law by the end of next year to have those who refuse conscription, largely for religious reasons, serve non-combat duties.

At a public hearing, the panel of officials from the defense and justice ministries, and the military manpower administration, laid out two options: Having them serve at fire stations or choose between a fire station or a correctional facility. A defense ministry official said they would likely lodge at the facilities.

Both organizations, which face shortages of manpower, welcome the proposal.

About the service duration, the panel offered 27 months and 36 months, which will be 1.5 or two times longer than the Army service period when the government has reduced the term to 18 months by the end of 2021 as planned.

The government is expected to finalize the term within this month.

All able-bodied South Korean men are required to serve for around two years in the military.

Since the 1950s, about 19,000 conscientious objectors have been arrested and served time, mostly 18 months in jail.

In June, the Constitutional Court upheld the criminalization of conscientious objectors, while ordering the law revision.

In all three previous cases in 2004 and 2011, the court voted 7-2 in favor of the law, judging that military obligation overrides freedom of conscience as the two Koreas are technically at war since the Korean War ended in a truce.