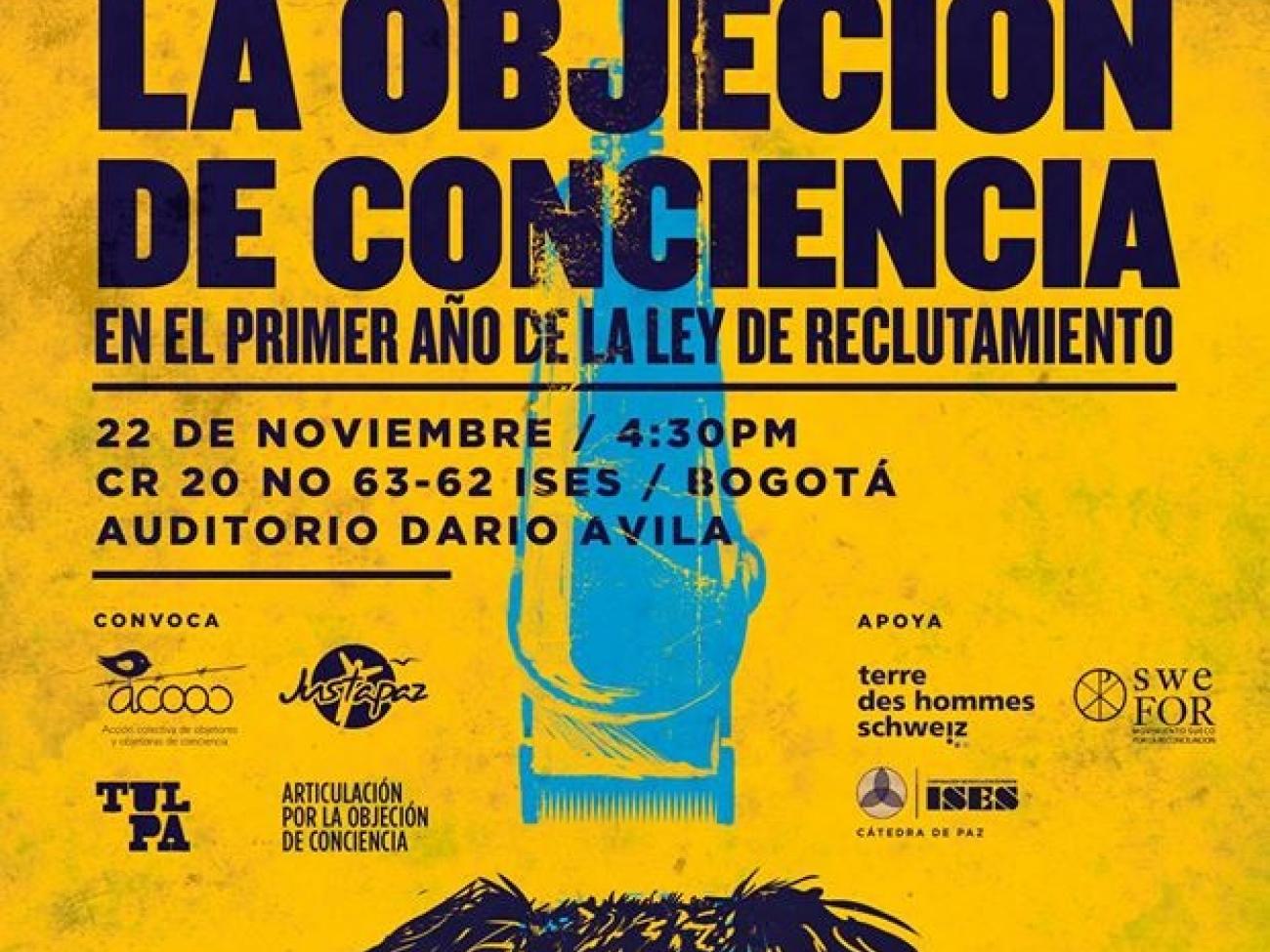 On November 22, in Colombia, ACOOC, La TULPA Collective and the Anti-militarist Articulation organized a public forum, during the International week of Action Against the Militarization of Youth, to discuss the law of recruitment that regulates the Conscientious Objection in Colombia, one year after its approval. As part of the event, the organizations released a report that evaluates the implementation of the law and its impact on conscientious objectors.

The forum began with a general context of Law 1861 of 2017 (The Recruitment Law), recognizing the active participation of the movement of conscientious objection in Colombia in this law. Subsequently, three young men shared their experience as conscientious objectors: two of them appealed to conscientious objection when they had already been recruited and were doing the military service and one of them did it when he was in the last grade of the school and later in University. Finally, the information contained in the report was presented, emphasizing that Objection of Conscience is a right that is not known by Colombian society and young people in general, highlighting how important it is to think about strategies to continue promoting conscientious objection among the youth of the country.

Some of the advances and achievements that this report indicates regarding this law are:

The difficulties and problems that have arisen in the application of the law were also pointed out: