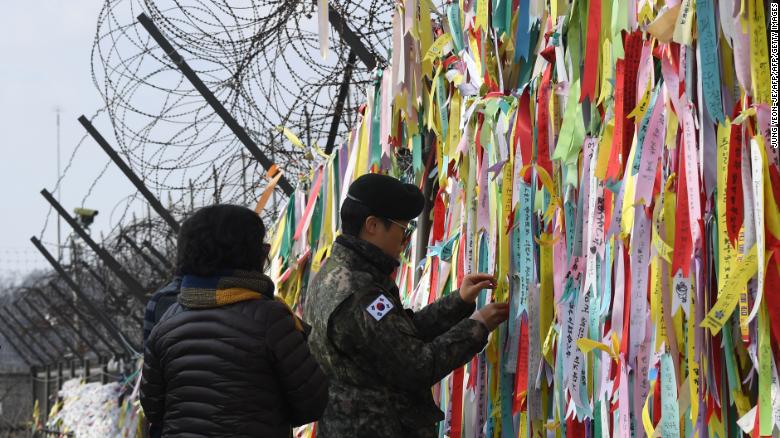 A South Korean soldier looks at ribbons with inscriptions calling for peace and reunification displayed on a military fence near the Demilitarized Zone (DMZ) dividing the two Koreas in the border city of Paju on January 1, 2019.

That appears to be the message South Korea is sending conscientious objectors. Prosecutors said they were investigating whether a number of men seeking exemption from military service played "online shooting games" in the past.
"We need to verify their genuine faith. So we need to examine their personal life," an official with the prosecutors office on the southern island of Jeju told CNN. "We check whether they had been attending (religious) service. Checking their history with shooting games is another method."
Around a dozen men are currently facing hearings to determine whether they can claim conscientious objector status in the wake of a landmark Supreme Court ruling in Novemberending South Korea's position as the world's leading jailer of those who refuse to join the armed forces.
"Refusing to enter the military due to a religious faith which forbids bearing arms is considered a justified reason to refuse duty," the court said in its ruling. "Therefore it cannot be criminally punished." 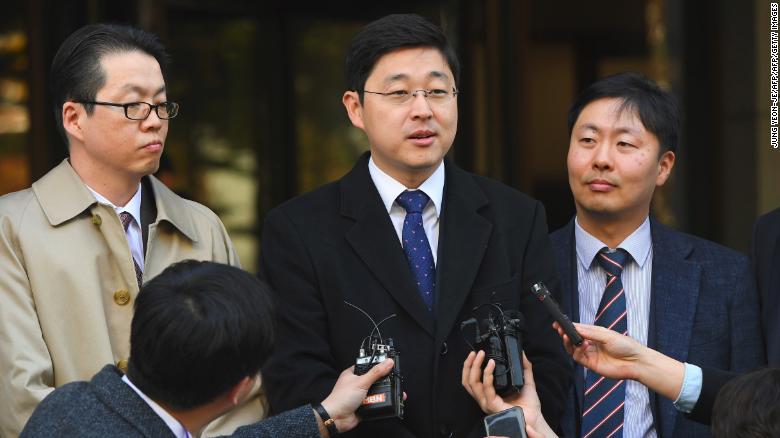 Oh Seung-hun (C), a Jehovah's Witness, speaks to the media after a court's verdict to overturn his conviction on refusing to do mandatory military service, at the supreme court in Seoul on November 1, 2018.
That ruling came after a decades-long fight by conscientious objectors, many of them Jehovah's Witnesses, to push back against the country's stringent military service law, under which all men between the ages of 18 and 35 are required to perform at least 21 months of service in the South Korean armed forces.
Since then, however, conservative politicians and prosecutors have attempted to get around the court's ruling, by, for example, requiring conscientious objectors to carry out more stringent -- and potentially more dangerous -- forms of non-military service.
Following an earlier ruling by a constitutional court ordering the government to provide alternate ways to serve for objectors, the right-wing Liberty Korea Party put forward a bill to force objectors to perform 44 months -- double the usual length -- of service, including mine sweeping and other dangerous activities.
"This is a form of retaliatory punishment against conscientious objectors that is anachronistic and in violation of human rights," South Korea's Hankyoreh newspaper said in an editorial at the time. 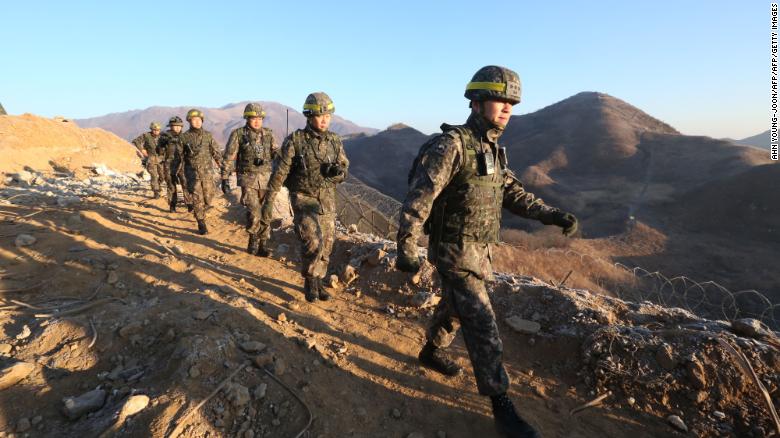 South Korean army soldiers leave for the North to inspect the dismantled North Korean guard post in the central section of the inter-Korean border in Cheorwon, South Korea on December 12, 2018.
Conscientious objection remains controversial beyond South Korea, and those attempting to secure the status in order to avoid military service are often subject to multiple interviews and attempts to purportedly prove they are not sincere.
For example, the Selective Service System, the US agency which oversees the draft, states that an applicant's "reasons for not wanting to participate in a war must not be based on politics, expediency, or self-interest. In general, the man's lifestyle prior to making his claim must reflect his current claims."
By focusing on violent video games, prosecutors now appear to be attempting to undermine objectors' claims to be pacifist or driven by a pacifist religious belief, a move which has been denounced by activists.
Lim Tae-hoon, head of the Center for Military Human Rights Korea, told CNN the investigations of conscientious objectors showed prosecutors "still sees objectors as criminals."
"They are imposing a moral line fit for saints and spiritual leaders on them," he said. "It is a violation of privacy. Playing shooting video games and the refusal to bear arms is unrelated. It's a subjective judgment. A game is merely a game."
He added that the center planned to report prosecutors to the National Human Rights Commission. "It's their duty to defend human rights," Lim said. "They are not upholding the duty but acting against it."
This story has been updated to correct the spelling of Jehovah.